Docu-work with the Sony F3

I shoot current affairs and documentaries. Some people would say that the F3 is not for me. I disagree. In a sense they are right of course; an ENG-camera with a nice long zoom is very comfortable when you are shooting “the real world”. But there is another aspect to it – the look!
With the F3 you can take a big leap away from the bland esthetics of news and low budget documentaries and enter the same realm as high budget productions traditionally shot on film without breaking the bank. It is true that this possibility has been available ever since Canon released the 5DmkII but the image quality of that camera and its siblings has unfortunately not been able to match its nice look, at least not for HD acquisition. And there have been other serious problems in using DSLR:s for serious documentary work, including poor sound, heavy moiré and aliasing and limited recording times with the camera shutting off after about 15 minutes.

But the F3 is not trouble free either. I was lucky to get one of the first Sony PMW-F3 cameras that were shipped and ever since I unboxed it I have struggled to get my system and myself up to par with what I could do with my previous setup centered around a Sony PMW-EX1r. Now – when I say up to par I am not talking about the quality of the images, the F3 wins that battle hands down. No, I’m talking ergonomics, flexibility, being able to control focus and exposure in a run-and-gun situation, the time it takes for me to get ready shooting and more.
The purpose of this article is to share with you my experiences after four months of shooting with the F3 and hopefully to get a discussion going on how to keep improving all aspects of using the F3 in non-narrative situations.
The first days and weeks with the F3 were somewhat of a struggle. It felt like a real brick next to my EX1r and after putting on a lens and picking it up my initial excitement faded away a bit. This was until I took it out for a first shoot. When I got home and inspected the footage I forgave the F3 for being a brick.

However, this article is not about the great image out of the cam, we all know it’s great, it’s about my struggle to collect these great images in situations where time often is scarce, lighting is hard to control and the shooting location is more or less where you happen to end up.


I think the largest problems with the F3 compared to a traditional ENG-cam are the following.
1.       Bad ergonomics for handheld
2.       The viewfinder/LCD
3.       The limitations of not working with full range zoom ENG-lens
4.       The difficulties induced by short depth of field caused by the large 35 mm sensor.
I will go through these problem areas and give a few suggestions on how to work around them in a minute but first I’d like to point out what I consider a huge advantage in using the F3 for documentary work. In short – the sensor! Two aspects of the sensor make life much easier when short on time or when the shooting location is less than optimal.
1.      The size of the sensor gives you very short depth of field using the right lenses. (More on that in a bit). This makes it so much easier to set up nice interview shot. The troubles of trying to get a decent background for your interview are greatly reduced. I now approach nightmare scenarios such as conference rooms with only white walls and the occasional poster, with much more confidence. It is just so much easier to get a nice shot when you can throw the background out of focus. This aspect of using the F3 almost outweighs the problems and extra time you sometimes need to spend when shooting with it.
2.      The second time saver is the incredible low light capability of this camera. Basically my new ground rule is – if you can see what you want to shoot, you can shoot it. With a fast lens and creative use of ambient light you need a really small light kit. For most interview situations I only bring a small Litepanel Micro pro as an extra kick for key light and let nature do the rest. Below are two examples of this. 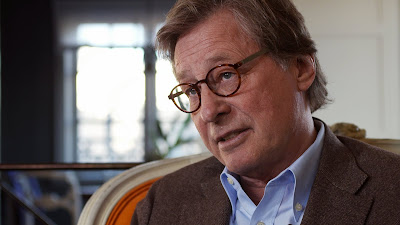 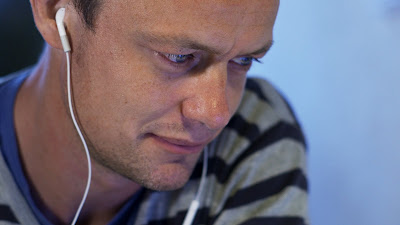 The advantages of short depth of field also make it easier to shoot nice b-roll, although you have to consider the hassle of changing lenses a lot. But let’s focus on the problems for a while. I’ll go through them one by one.
Run-and-gun
The ergonomics of this camera are definitely not ideal. It’s a brick without any design effort invested in making it usable for hand held work. This does not mean that it cannot be used for hand held, it only means that you have to put some effort into making it work.
Initially I tried using my old so called “el cheapo” (credit Philip Bloom) shoulder mount but the camera was far too heavy for it to work. The “el cheapo” works well with lighter cameras despite all the weight of the camera being in front of the operator thanks to the chest support. The F3 however, proved too heavy.
After that I tried a Zacuto system with shoulder pad and counter weights. It was balanced but the rig was a monster. Now, I’m not saying that counter weighted rigs are no good. In fact I think they can be an excellent solution. However the problem with the F3 is that the viewfinder is useless and the LCD is placed in a way so that the camera has to be placed quite far in front of the operator to end up in a comfortable position relative to the operators eye. This results in a front heavy rig and lots of counter weight to compensate. The result is a very long and heavy rig.
There are two solutions to this. One is to use an external view finder such as the Zacuto or Cineroid EVF. An external EVF can be mounted further forward of the F3-body closer to the lens and this will allow for the camera to rest on your shoulder. This in conjunction with a shoulder pad and a smaller counter weight would make up a nice compact balanced setup of traditional shoulder mount type. None of these viewfinders were available when I got my F3 and only the Cineroid is when writing this so I had to choose a different path. The solution for me was the Easyrig. Despite the slightly silly looking “carrot hanging from a stick” design it has proved to be an excellent solution. The Easyrig Turtle X strong can carry up to 6 kg (13 lb). With matte box, rails, follow focus and a small lens my F3 weighs in at 5,5 kg. I was a little worried that this would be too close to its limits but it works just fine. The Easyrig really does what it claims to do. It puts the weight on your hips and back instead of in your hands. It is easy to hold the camera still for a 20-30 minute interview without strain. Another advantage over the shoulder mount solution is that you can pull down the camera to waist height and shoot from there just as easily. This is ideal when standing up and filming people that are sitting around a table.
The downside of the Easyrig is that it is hard to actually run or walk while shooting without the string jerking the camera and creating jumpy footage. Most of this you can compensate for after a little practice and after I realized that you really need three contact points with the camera, my camera work became a lot steadier. I now support the camera with my right hand on a handle, my left hand on the follow focus and the back of the camera pressed against my chest. This works really well but I will probably try to improve it further by adding some kind of pillow or shoulder pad to the back of the rails for even greater stability. 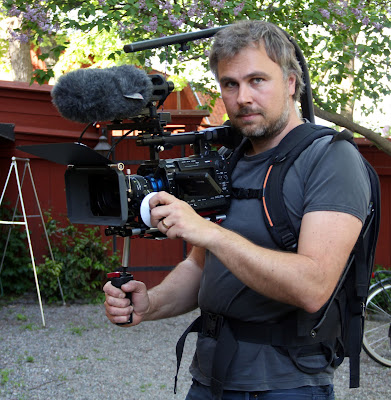 ﻿
<>             To conclude the ergonomics part of this article I must say that I am now very confident and comfortable when running and gunning with the F3. Whatever other people might say – it actually is possible!

There is a lot of debate concerning the viewfinder and LCD-screen of the F3. In short I think the viewfinder stinks and the LCD is great. I wish I could just remove the whole viewfinder (you can actually remove the top bit. Can someone please make a cap for it!). The viewfinders image is sharp but it is too tiny and the viewfinder is placed in a very uncomfortable position. I am also very annoyed by the rainbow effects that you get when looking around at the image. I don’t know what causes this but it reminds me of what you sometimes see on DLP-projectors.